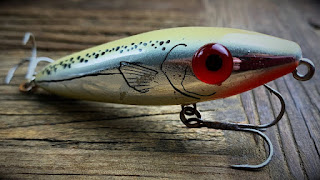 Today I got up early to do some top water she dog fishing! That’s right, I decided to throw MirrOlure’s Top Water She Dog at some fish to see what I could catch. What a blast!

MirrOlure makes two lures in the She Dog series. The standard 3.5” She Pup and a 4” version called the She Dog. They also make another series called the Top Dog series. I chose the She Pup version from the She Dog series and tossed the 75MR CRBN 3.5” 9/16 oz model which is a high frequency surface walker (aka top water bait) with a bone back and belly, an orange throat, and a chrome body. Trust me, you can’t go wrong throwing this bait, but don’t take my word for it…watch the video. It was like putting candy in front of babies!

You can also purchase directly from MirrOlure .

Video
how to, lure, perspectives, rapala

HOW TO PICK THE RIGHT LURE?

HOW TO PICK THE RIGHT LURE? 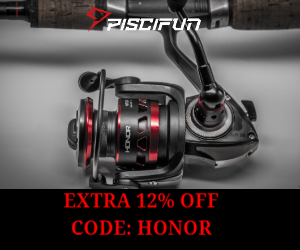