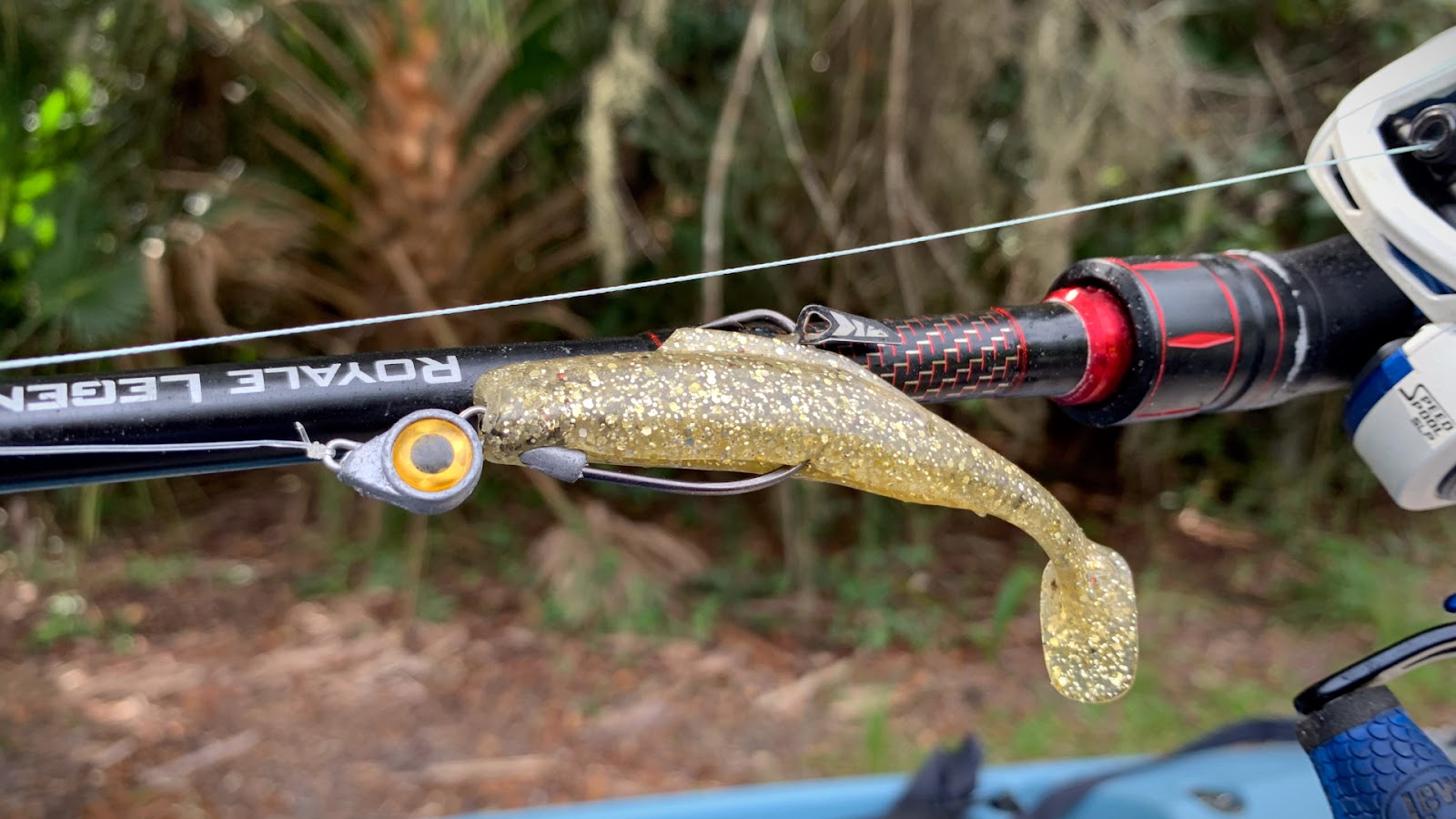 The first artificial minnow bait is made by Z-Man. It’s the Z-Man Diezel MinnowZ in the Golden Boy color. I fished this on a Z-Man Texas Eye Jighead, and this tackle combination is like peanut butter and jelly! They are made to go together. You’ll see in the video that I concentrated on this combination!

The second artificial minnow bait is the Rapala X-Rap Twitchin’ Minnow (SXRT10) in the Mangrove Minnow color. Although I didn’t focus as much on this bait, it too puts fish in the boat. I’ll have to do a follow up where I focus on this bait to prove that conclusion a little more.

I didn’t originally plan to take such a long break, but the combination of the weather here in Florida and life in general just got in the way of fishing and filming. I needed a break though and decided to just skip a week or two. Then the thunderstorms came, and a passing hurricane or was it two? Anyway, I’m back and enjoying fishing and filming again! 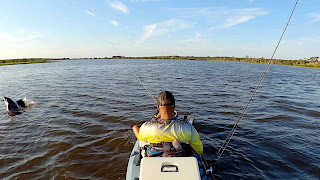 It turns out that day one of this shoot was actually my second trip to the marsh. This picture was taken during my first trip to the marsh and the eagle ray that jumped 4′ out of the water near my kayak — see it breaching on the left side of the kayak in the picture — nearly gave me a heart attack! They are powerful! And I digress. On that first trip to the marsh I did catch a few fish but I wasn’t happy with the footage and I had an audio capture problem. My RODE Lavalier Go microphone clip had degraded so much that the microphone fell off of my collar down into my lap. I didn’t notice. Consequently the audio quality was horrible so I didn’t create a video. I replaced the audio clip with a new but different style of clip via Amazon and ventured out again.

On my second trip out, which was the first day of this particular shoot, I caught a redfish and a snook. However, partway through the day I ran into two major issues. The first issue was that the microphone again ended up in my lap. It turns out the clip I purchased broke! That was frustrating to say the least. So again the audio was garbage and it was back to the drawing board on the whole microphone issue. However, it didn’t matter as much due to the second major issue. There I am, about halfway through a good day on the water and all of a sudden, my electronics just shut down. Both cameras and my fish finder just went kaput! When I got home, I debugged it down to my 2+ year old NOCQUA battery. I recharged it and hit my local marsh the next day, that’s trip #3 if you’re counting, and after a few hours it shut down again. The battery just wouldn’t hold a charge for more than ~3 hours. So I ordered a new battery.

So now it’s my fourth trip out and although my microphone clip still wasn’t fully solved, I couldn’t wait anylonger. So with my new NOCQUA battery in hand, I MacGyvered a microphone clip solution with a rubberband and headed out for the second day of this shoot and a great day on the water. I’ve since ordered a brand new microphone that I’m going to try out on subsequent trips, one that cost $5 more than a replacement clip from RODE! So, let’s see how it sounds in my upcoming videos.

All of that, along with your voluntary donations, helps support the channel.