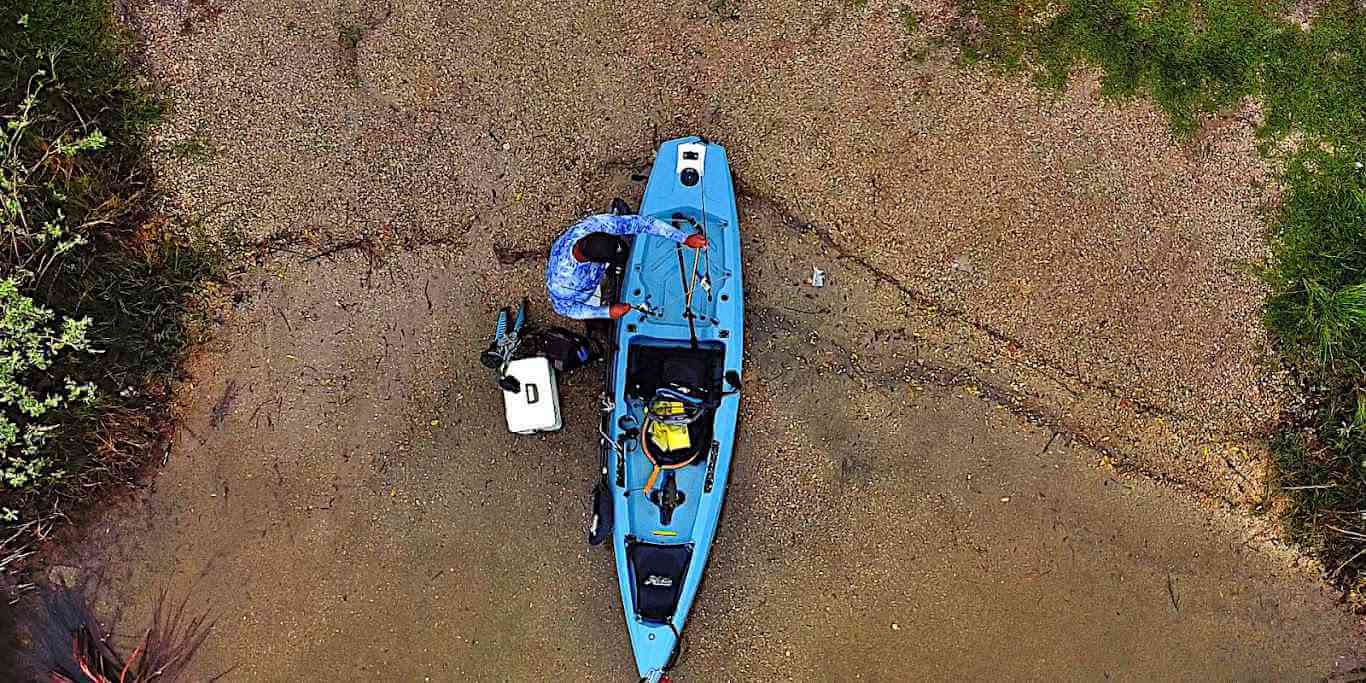 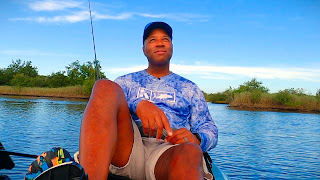 So now that you’ve watched the video, here’s the backstory! This video was actually shot over three separate trips to the marsh! The first trip was the day that Tropical Storm Elsa arrived. I hit the marsh several hours before her effects would be felt. It was certainly overcast and the water level was already higher than normal as the early bands dumped more than the typical amount of rain in the marsh. The inside scenes, the lanai scene, some of the truck scenes, and the first redfish you see me catch were all filmed on this first day.

Elsa came and went with relatively little fanfare in this part of Florida. That said, it rained a ton, and the winds were up, but still she was what us Floridians would call a tame one! That said, it was back out to the marsh for day two of filming, and the last planned day! But, things didn’t go as planned. Although the marsh looked great, the fish actually did evacuate. Which is to say, I was skunked! Other kayak fishing addicts were out there and they were skunked too. You see, the tropical storms do sometimes have an effect. No worries, I packed up the truck before the downpour and made my way home.

Two days later I made the third and final trip out to the marsh. Perseverence and dedication do payoff. The fish were back, and as you saw in the video they were hungry! I could only fish for two hours before a thunderstorm chased me off the water, but I managed to put three fish in the boat, and had two other bites that did not pan out. 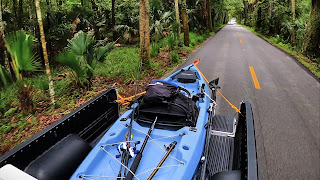 I made two significant changes based on my goal to improve my story telling and film making. First, I decided to make the change to film some slow motion push-ins/pull-outs of my catches from my release camera which was loosely mounted to my front rod holder. My fishfinder was in the frame intentionally to see if I could create some depth in a small area with a fixed focal length. You see, my other two mounted cameras are recording at 24 fps (23.976 fps) and they are always recording together, which is to say roughly they’re in sync. That means I can’t change one of them to another frame rate (fps), at least not easily. My release camera is always filming at 120 fps, actually, in a special mode I put it in 60 fps from time to time, but that’s another story for another day. So utilizing my release camera in 120 fps mode allows me to capture buttery smooth slow motion when it is slowed down. I can also speed ramp the footage in post quite easily too. Anyway, that’s change #1.

The second change is one that I made to the edit in post production. I actually am trying to improve in my AVD (average view duration) by creating a little faster edit. So I changed the introduction a bit in this one, the amount of cuts increased throughout, although I typically use lots of cuts but try to “hide” them as much as I can. I also used more music in this edit. Four songs in total with shifting moods and the music volume is reduced slightly from what I’ve normally used. I kept with my standard use of foley audio for many things that are likely not even consciously perceived. I hope it was an immersive viewing experience and that you made it to the very end of the video at normal speed.

Please let me know if you did or didn’t in the comments.